This is by far one of the best sounding Led Zeppelin soundboards to ever surface.  This recording is a perfect, studio quality recording of Led Zeppelin's complete concert at Madison Square Gardens on February 12, 1975.

This show originally surfaced in mid-to-late 2010 and was an excellent sounding performance of the start of their 1975 American tour.  It was incredible sounding.  However, this newer copy, remastered by Godfather Records, is has been studio remastered and is cleaner.  It reportedly was remastered in a studio and is a definite upgrade to the earlier (already outstanding) versions other boot labels released.  This one is as good as it gets sound-wise and couldn't sound any better if Led Zeppelin was to have ever released the concert themselves.

NOTE: For some reason, I completely forgot to create an md5 checksum file.  No worries though.  It has absolutely no effect on the download. the audio, or the integrity of the files.  It is only added so those who choose to can check the integrity of the files and be sure nothing has been changed and all files are intact.  It's just a checksum file and plays no part in being able to listen to or burn the show to disc.  If I ever need to re-upload the files again, I'll remember to create an md5 file in the next upload.

Hopefully, and in the not too distant future, more of these superb sounding Led Zeppelin shows will  find their way to the surface.  That's how it has been all along and I hope the train keeps on rollin'!  While there are plenty of excellent sounding Led Zeppelin shows already out there, as a collector, I'm always looking for a new one to surface.  And since 2010, a number of these 1975 soundboard shows have been surfacing.

I know you'll enjoy the show... 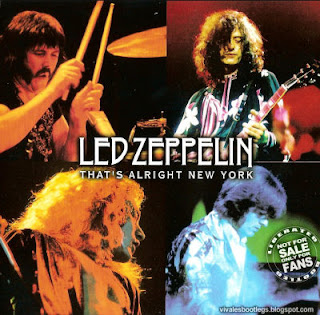 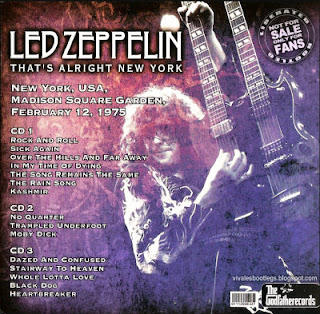