After the Winston Remasters FLAC upload of this show two days ago, the copy mistakenly added without "The Song Remains The Same", I did some research and learned something I had not been aware of before.  And as a temporary replacement until I can re-upload the full remastered copy of the Winston Remasters remastered show, I'm uploading what is either better than or equal to (in my opinion) the Winston Remasters copy and this is the Genuine Masters DVD-A of Listen To This Eddie - Collector's Edition.  Both the WR and GM copies of the show use the Mike Millard source audio.

While trying to find the missing song from the other day's upload, "The Song Remains The Same", I realized there are a number of Winston Remasters copies associated with this 1977-06-21 show and the title Mike The Mike.  There is a 2004 Mike The Mike sourced from the Millard AUD first generation cassette and remastered as well as a 2007 copy too sourced from a first generation Hi-Fi VHS copy that was remastered.  But as well as the remastered copies, there are also unaltered copies that Winston Remasters also shared.  And that doesn't even include the two sources copy I uploaded the other day (I don't think).

I've downloaded four copies of this show since two days ago with one copy still not completely obtained yet.  I already had a couple of unaltered copies, and I believe I have them all now (the WR ones) with the exception of the primary one I want.  It is stuck at 89.2% complete on some unknown torrent site and with no seeders now.  It is the 1.25 GB 2007 Winston Remasters remastered copy.  But I am confident I will get it eventually.

I could continue on with details that would scramble your brain like it has been doing to mine as I try obtaining information on (a) what is the difference in each copy and (b) what is considered to be the best copy of the Winston Remasters versions out there.  But there is no need to get bogged down in all of those details, and especially in this post.

So without further ado, here is the Genuine Masters, superb sounding, audio DVD of the show and I know you will enjoy it.  It is complete with "The Song Remains The Same" and is complete with a psychedelic art and pictures kind of slideshow of images from the concert as  the concert plays.  The slideshow displays on your TV or PC screen as the music plays.  Plus, the images are formatted to fit the 16:9 aspect ratio widescreen TV sets or PC monitors too.  In other words, they fill the screen!

As I have started doing lately, the sample video clip above is on YouTube where I uploaded it and I am not embedding it into this post where it displays here.  Something has gone wrong with doing it that way on Blogspot's site, and besides, it will sound and look better on the YouTube site anyhow.

Always remember, a smaple is a lossy format example of something off of the lossless quality download.  It is near impossible to find a site that will stream or display a lossless format piece of video or audio on the internet.  There are a few sites you can pay for and listen to lossless quality audio on, but I still have never seen one where you can upload and stream your own lossless product on.  They may or may not be out there?  But I'm not going to pay for anything I don't have to and especially just to post a sample on anyhow.

I will get the Winston Remasters remastered and unaltered best copies (in my opinion) up here on my site sooner or later.  But until then, you won't be disappointed by this Genuine Masters DVD-A of the show either.  Genuine Masters does great work.  And even though I don't know what generation this source they used here on their DVD-A is, I imagine it is the first generation Millard recording.  This is Genuine Masters second DVD-A of this show and it is an upgrade too!  Thier first, 2004, 2 DVD-A copy used photos from the Seattle 1977 show and it did not sound as good either.  This copy and their second attempt was done right and with the widescreen images and LPCM audio to make it a masterpiece and very enjoyable three hours, fifteen minutes of Led Zeppelin music and images.

I am not sure at this point if a true remastering (Winston Remasters or otherwise) has even been done on the unmarked Millard first generation tapes for this show that surfaced recently.  I am trying to determine this even now.

I hope you enjoy the show...


SPECIAL NOTICE TO ALL!!!

ALWAYS REMEMBER TO SUPPORT THE ARTISTS BY BUYING THEIR OFFICIALLY RELEASED MATERIAL & MERCHANDISE TOO. 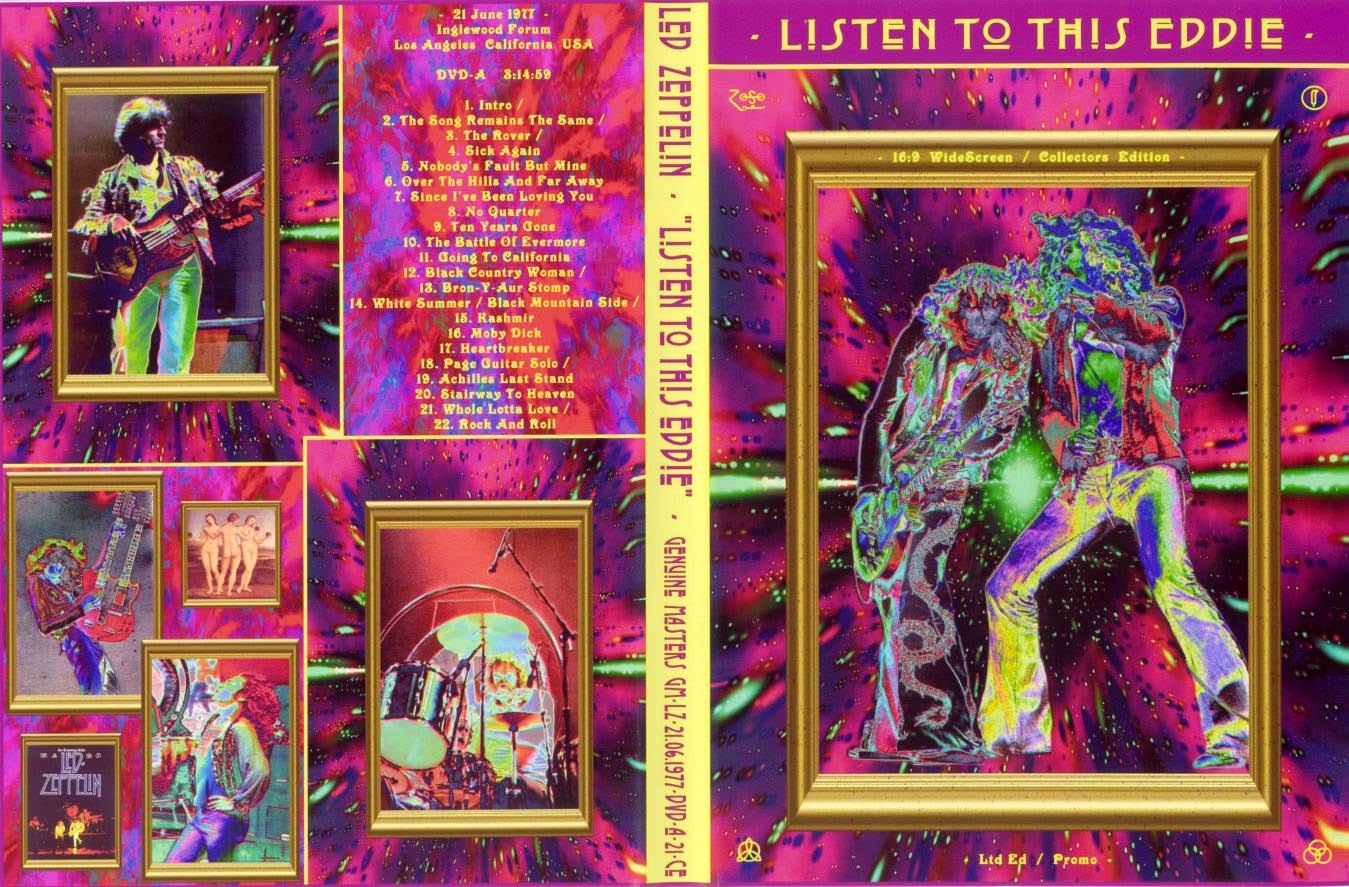