This is an great-to-excellent recording of the Led Zeppelin show that will be celebrating its 45th anniversary tomorrow.  Actually, tomorrow is a busy day in the music history of Led Zeppelin too.  So I'm uploading this one a little early to get ahead of the curve.

This over two hour recording of the show I was thinking at first was obviously not the complete show.  With it starting on "Dazed And Confused", I thought it was missing a few tracks before that song.  But actually, I was likely wrong in assuming this.  Because everywhere I looked I found this song listed as the first song of this show.  I'm not sure what the sources are for the data that some resources use, but even the official Led Zeppelin site shows this is the first track for this specific show.

This was the show where Led Zeppelin, at the risk of being sued by Eva Von Zeppelin of the Zeppelin blimps family, were billed as The Nobs.  Crazy as it sounds, this is what happened.  I guess she really didn't like seeing them and didn't appreciate their music.  But she didn't stop them either did she?

NOTES:
* TLH was unable to check any of the audio files and gave the "...cannot be qualified" message on each track.  I've researched what this is suppose to mean and have never found an answer anywhere.  However, there is no fear or worry of this being lossy in any way.  And with "pernod's" revision and fixes, I know he would have caught any lossy properties if there had been any.  This is the very first time I've had a complete recording not qualify any tracks at all.

This show has some of the rare tracks seldom heard in Led Zeppelin shows too.  This show was only a month and a half after the 1970-01-09 Royal Albert Hall show that Led Zeppelin officially released on DVD back in 2003.  And the band has some of the awesome songs in it like they did at the end of the Royal Albert Hall show too.  Songs like "C'mon Everybody", "Something Else", and "Long Tall Sally" we do not have many recordings of.  And even "Bring It On Home" was not a very common song in many Led Zeppelin shows even though it was played more often than the other three I mentioned.  The setlist really rocks in this show!

This recording is from the master Michael Moller's shared.  I originally had information, and the text file indicates this too, that he was the taper.  But I was just updated and he shared the master but did not record it.  Whoever the taper was, it really does sound like they got a very good recording of a rare show.  This show is not one seen as often as most that sound as good as this one does.  Not even many labels seem to have released this one (or their rendition of it).

I got my first copy back in 1999 of this show and have thought, due to what the trader had told me, that it was the Baby Face label Dancing With Snow Queen.  But the more I investigated it today as I did an EAC rip on it this morning, I think my first copy is actually the Beelzebub Records Heavy Vibes copy instead.  I'm trying to confirm one way or the other for sure.  But all indications are that it is.

This master recording borders on being superb in a lot of spots.  The only thing keeping it from being that good sounding is the partial distortion in the real heavy parts of the show.  But it still is a wonderful recording and one that can be cranked up loud and heard clearly.

This show is a real gem and I'd say a "must have" for any Led Zeppelin collector!

I hope you enjoy this show...


SPECIAL NOTICE TO ALL!!!

ALWAYS REMEMBER TO SUPPORT THE ARTISTS BY BUYING THEIR OFFICIALLY RELEASED MATERIAL TOO. 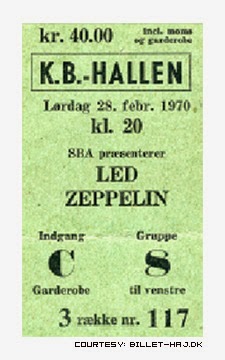 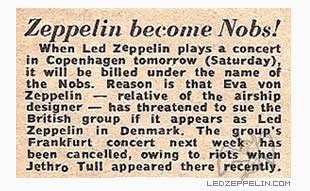 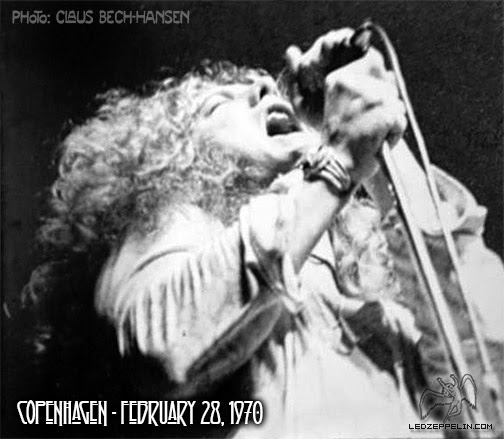